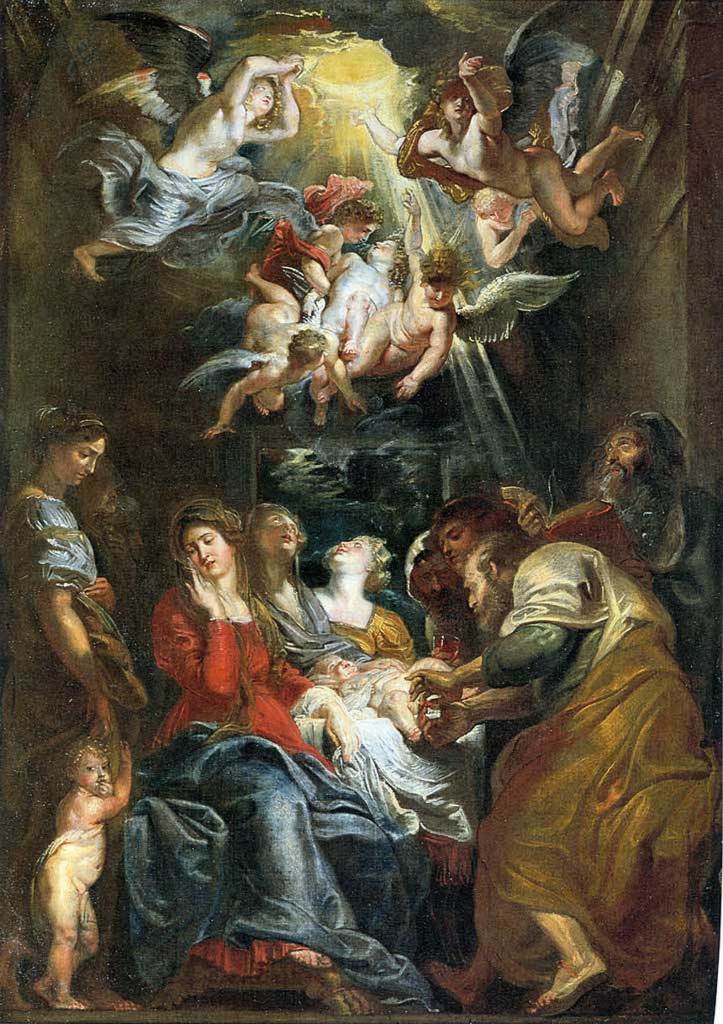 Why do we celebrate the Feast of the Circumcision?

Ask the Register, The Diocese of Lincoln, Nebraska, Reprinted from December 13, 1996

We don’t. For more than 30 years, the Feast of the Circumcision of Jesus,
which fell on Jan. 1, for several centuries, was replaced in the
liturgical calendar by a more ancient celebration, the Solemnity of Mary,
Mother of God. The account of the circumcision and naming of Jesus can be
found in the Gospel according to Saint Luke (2:21).

Feast of the Circumcision

January 1st, commemorates the occasion when this rite of the Jewish
religion was received by Our Lord, eight days after His birth. This
festival is traceable to the year 567; it may be older. The Mass and
Office give prominence to the part the Mother of Our Lord has in the
work of Redemption.

This feast, closely connected to the feast of Christmas, is the most
important and oldest of the major feasts of Mary. Mary’s Divine Maternity
became a universal feast in 1931. Liturgical reform initiated by Vatican
II placed it on January 1 in 1969.

Pope Paul VI pronounced this special feast in 1970 to supercede the Feast
of the Circumcision, which had been in vogue since early in the 6th
Century. The Holy Father changed the feast to bring the Latin Calendar
more into accord with Eastern tradition in the Byzantine Church which
emphasizes the Marian character of this feast as the octave of Christmas.
This is, however, not a new feast for it had been celebrated as early as
the 5th Century on the Sunday before Christmas. . . The Holy Father took
this occasion to also institute that a World Day of Peace be celebrated on
this same day ‘bringing forth fruits of peace in the hearts of many.’